Attracting Jays to Your Backyard 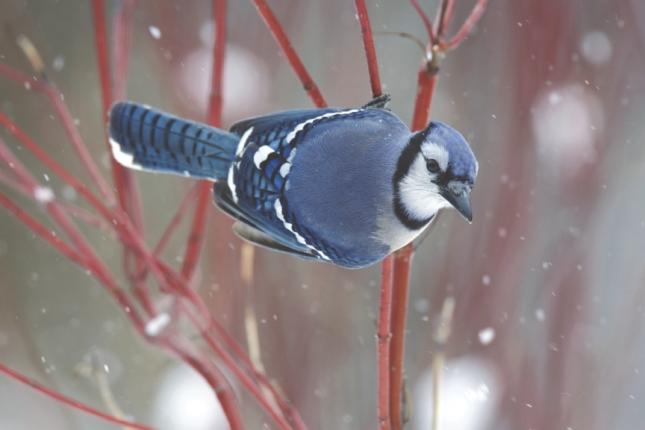 Vibrant in both colour and personality, Jays are an exciting visitor to a backyard. In Ontario we have two Jay species: the well-known Blue Jay, and their Northern cousin, the Canada Jay (formerly Gray Jay, and also nicknamed the Whiskey Jack). While Blue Jays are known for their loud personalities, Canada Jays are also known for their curiosity and tendency to beg for food! Their clownish antics are very entertaining to watch, especially as they tend to move around in groups, especially in the autumn, and their social behaviour is quite dynamic. 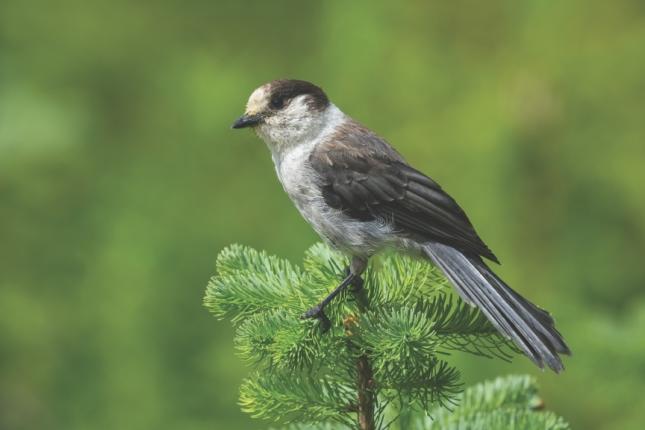 Jays will cache seeds and nuts to retrieve later, making repeated trips to feeders to gather food and hide it in a safe spot. They tend to select only undamaged nuts for caching, and seem to prefer seeds and nuts in shells

The Blue Jay (left) is a large crested songbird whose appearance is familiar to many. With its perky crest; blue, white and black plumage, and boisterous, noisy calls, it's generally not a difficult bird to spot! The brightly coloured top plumage is balanced by white or gray underneath, and it sports a long rounded tail. A good sized bird, they are larger than the American Robin, but smaller than your average Crow. Male and female Blue Jays both have similar plumage, as do the juveniles. No seasonal plumage changes.

The Canada (Gray) Jay (right) is an endearingly cute, yet supremely hardy bird. They are stocky, good sized songbirds with short, stout bills. They have rounded heads, long tails, and broad, rounded wings. Slightly smaller than a Blue Jay, they are still larger than the American Robin.  Canada Jays are dark grey above, and light grey below, and a partial hood of black on the back of the head. Juveniles are are greyish black overall, with a pale gape at the base of their bills.

Blue Jays are known to occasionally migrate, but the phenomenon is not well understood. Some Blue Jays do opt to migrate, while others choose not to. The Blue Jays you see in your yard during the summer months may not be the same ones you have visiting in the winter months.

Canada Jays are year round residents in their range.

Both the Blue Jay and the Canada Jay will happily utilize backyard feeders within their ranges, partaking almost any kind of food being offered (seed, suet, Bark Butter™, etc).

Nests in trees and bushes. Neither will use a nest box.

The Blue Jays builds their nests in the crotch or thick outer branches of a deciduous or coniferous tree, usually 10-25 feet above the ground. Male and female both gather materials and build the nest, but on average male does more gathering and female more building.

The Canada Jay actually nests during late winter, incubating its eggs in temperatures that may drop below minus 29°C (-20°F). Strangely, unlike other birds in boreal areas, it does not attempt a second brood in the May–June breeding periods when weather is more favourable.