Attracting Mockingbirds and Thrashers to Your Backyard

The most commonly seen birds from the mockingbird and thrasher family in Simcoe County are Gray Catbirds, Brown Thrashers, and Northern Mockingbirds. Catbirds, thrashers, and mockingbirds are medium-sized birds with slender bodies, short & rounded wings, long tails, and long legs. This group of birds are famous for their vocal abilities. Not only do they have beautiful songs, they are also talented mimics that can often be heard mimicking natural and man-made sounds. All three species are omnivorous, feeding on both insects and fruit depending on what is seasonally available. Though they are not typical feeder visitors, there are a few ways to help attract these unique species to your yard and feeding stations. 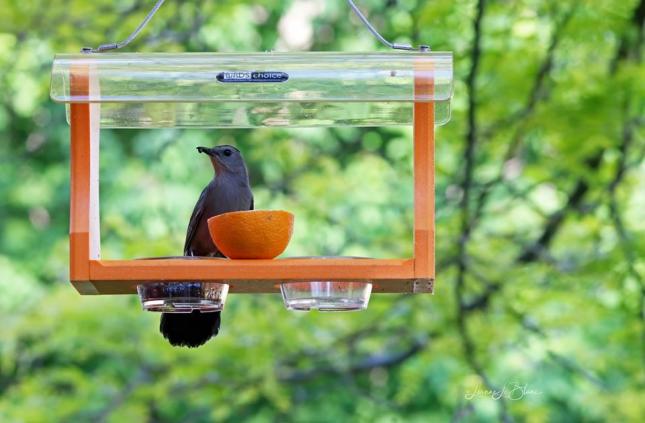 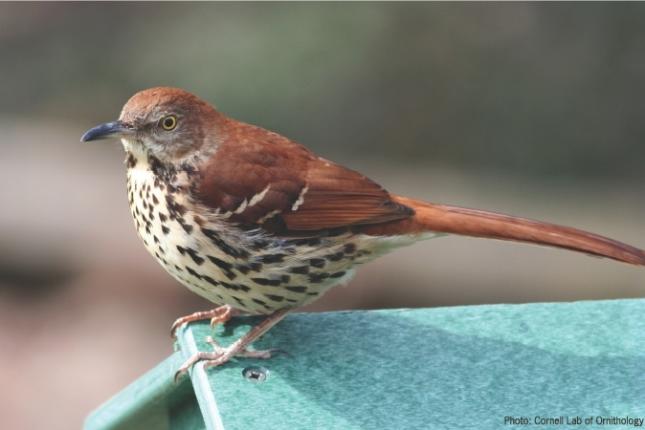 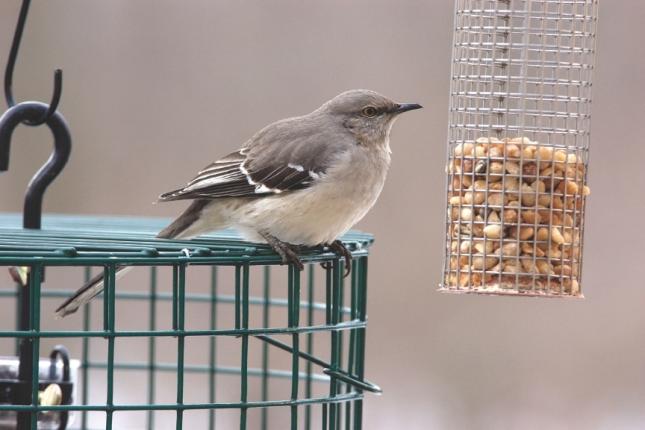 Gray Catbird: Medium-sized songbird, larger than a thrush but smaller that a thrasher. Slate gray plumage overall, with a black bill, small black cap, blackish tail, and a rich cinnamon patch under the tail.

Brown Thrasher: Large songbird, slightly smaller than a Blue Jay. Reddish-brown plumage above with heavily streaked, whitish underparts. Face is greyish-brown with a long, slightly down-curved bill that is dark in colour. Eyes are brilliant yellow.

Northern Mockingbird: Medium-sized songbird, similar in size to an American Robin with a more slender body. Varying shades of grey on top, with whitish underparts and two visible white wingbars. Bill is black with a dark stripe connecting the bill to its bright yellow eyes.

Gray Catbirds migrate south to the southeastern United States and eastern portions of Mexico and Central America, whereas Brown Thrashers move out of the northern part of their breeding range and into the southeastern region, where resident thrashers also stay year-round. The majority of Northern Mockingbirds are residents and, therefore, do not migrate. You can expect to see all three in our region and while they aren’t typically feeder birds, you can attract them to your yard by offering the foods mentioned below, as well as by offering water and planting native, berry producing plants.

You can help attract Gray Catbirds, Brown Thrashers, and Northern Mockingbirds to your yard by offering a variety of foods including live or dried mealworms, or seasonal blends containing mealworms including our Nesting SuperBlend seed mix or cylinder, Bark Butter and Bark Butter Bits, SuperSuet, BirdBerry Jelly (especially loved by Gray Catbirds!), and orange halves. Planting native fruit-bearing plants such as serviceberry or dogwood can also attract these species along with other fruit-eating birds.

Catbirds, thrashers, and mockingbirds can often be seen foraging on the ground, hopping in and out of bushes and trying to stay under cover when possible, but will also visit feeders especially when ample tree or shrub coverage is nearby. Ground and tray feeders work well for these species when offering a seed mix, Bark Butter Bits, or mealworms, and Bark Butter can be spread on virtually any bird-safe surface such as trees. BirdBerry Jelly works best offered in our Recycled Oriole Feeder or other feeders with dish inserts.

Catbirds, thrashers, and mockingbirds typically nest in low trees and dense, thorny shrubs. While they tend not to use artificial nesting boxes, you can give them a helping hand by offering nesting materials such as our hangable Nest Building Material. You could also use a clean, empty wreath holder or peanut feeder to offer natural nesting materials such as pet hair, bark strips, dried grass (untreated with pesticides), plant fluff or down, moss, or pine needles.

Visit the pages below to learn even more about these marvelous mimics: