Please note: This Avian Influenza outbreak is continuously evolving. We will update our guidance as needed.

On March 27, 2022, the CFIA (Canadian Food Inspection Agency) confirmed the presence of highly pathogenic avian influenza (AI), subtype H5N1, in a poultry flock in the Township of Guelph/Eramosa, Ontario. Since then a few other cases in other parts of Ontario have been reported in poultry flocks. There have been no human cases of avian influenza resulting from exposure to wild birds in North America.

Avian Influenza Type A is a virus that occurs naturally among wild aquatic birds worldwide (ducks, geese, shorebirds etc.). The current 2022 avian influenza in Canada and the US is a form of HPAI H5N1 that is the same as has been found in Europe (also considered the Eurasian H5 avian influenza).

Avian influenza Type A viruses usually do not infect humans and only rare cases of human infection with these viruses have been reported during past outbreaks in other countries. The US Centers for Disease Control and Prevention and the Public Health Agency of Canada currently deem H5N1 to be of low human health risk. The first (and currently only) report of a human infection with Asian H5N1 in the Americas was in Canada on January 8, 2014, and occurred in a traveler recently returning from China. H5N1 virus infections in people are rare and these viruses do not spread easily from person to person. Most infections that have been detected have occurred in people with close or prolonged, unprotected contact with infected poultry. 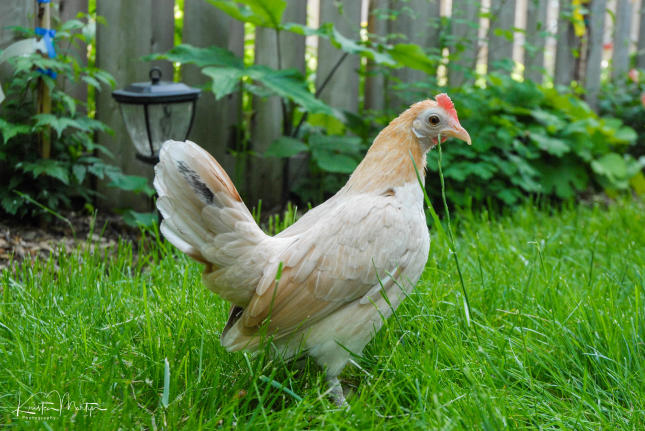 The Use of Bird Feeders is Safe; However Backyard Poultry Hobbyists Should Take Extra Caution

Feeding Wild Birds in Your Backyard

In North America, the wild birds most likely to harbour avian flu or spread it are gulls, ducks and other waterfowl. The backyard birds that visit our feeders appear to be significantly less susceptible and much less likely to become a source of the virus. No human avian flu infections have occurred in North America as a result of the current outbreak in wild birds or domestic poultry.

What the Experts Are Saying

Only you can decide what the best course of action is for your yard, this will in part depend on whether you also keep domestic birds (poultry). Many leading experts from around North America do not believe there is any reason to remove bird feeders at this time as backyard birds seem to be significantly less susceptible to the disease. Here is what some of the experts are saying:

"Is it safe to use a bird feeder? According to Environment and Climate Change Canada, the use of bird feeders is still safe on properties without domestic poultry. Avian Influenza does not affect all bird species in the same way; while it can cause severe illness and death in domestic poultry flocks, it is currently not considered a disease threat to feeder birds.

The Cornell Lab of Ornithology recently published a great resource on avian influenza. In the article they mention that there is a low risk of avian flu in songbirds and as such there is no need to remove feeders. Below are a few excerpts from the article. The article in full can be read by clicking the following link: Lab of O Avian Flu

"Low Risk Of Avian Flu To Songbirds
There is currently very low risk of an outbreak among wild songbirds, and no official recommendation to take down feeders unless you also keep domestic poultry, according to the National Wildlife Disease Program. We do always recommend that you clean bird feeders and birdbaths regularly as a way to keep many kinds of diseases at bay.

We also always recommend that you follow any recommendations put out by your state government, such as the recent request to take down feeders in Illinois. We will update this page as the situation develops.

How Do We Know Songbirds Are At Low Risk?

"The use of bird feeders is still safe, but they should be removed from areas that are open to poultry and other domestic animals. If you care for poultry, prevent contact between wild birds and poultry by removing exterior/outdoor sources of food, water and shelter that attract wild birds.

Backyard bird feeders and baths should be cleaned regularly using a weak solution of domestic bleach (10% sodium hypochlorite). Ensure they are well rinsed and dried before re-use."

A link to the Institute for Infectious and Zoonotic Diseases at U Penn Vet School states, “According to the USDA, there is no evidence that bird feeders, or the birds that frequent them, contribute to the spread of HPAI. For more information, please visit the USDA’s website.”

We have always been big proponents of disinfecting and washing bird feeders as often as possible to mitigate naturally occurring diseases in bird populations. Feeders should be disinfected with the 10% bleach solution, rinsed well, then washed with soap and water, rinsed again, left to dry and finally refilled with fresh food. We also offer a bird feeder cleaning service. You can drop off feeders for cleaning for $5 each and $2 each per accessory.

As with any bird or animal (wild or domestic), it is always prudent to take sensible precautions after direct or indirect contact. Be careful around animal droppings and wash hands after contact with soap and water. To minimize the risk of transmission of HPAI, do not handle or feed any wild bird by hand.

*If you care for poultry, prevent contact between wild birds and poultry by removing exterior/outdoor sources of food, water and shelter that attract wild birds.

Signs of a Sick Bird

Do not touch a dead, injured or sick bird. Signs of avian influenza include:

Report sick or dead birds to:

More Resources from the Government of Canada